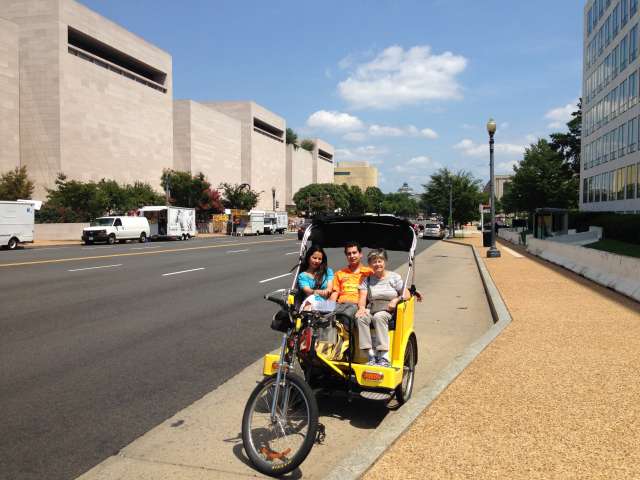 Places to visit in DC:  Tour to the Smithsonian National Air and Space Museum

A visit to the Smithsonian National Air and Space Museum is included on our Featured Tours.

The museum holds the largest collection of historic aircraft and spacecraft in the world. Exhibits in the main atrium include the Wright Brothers first plane that flew at Kitty Hawk. Also, the Spirit of St. Louis, which was the first plane to fly across the Atlantic (by Charles Lindbergh). Also, the capsule that returned the astronauts to Earth from the Apollo mission to the moon. There are also numerous other aircraft hanging from the ceiling in the atrium as well as several American and Soviet rockets and missiles. The Smithsonian Air and Space Museum opened on July 4, 1976. The Smithsonian Air and Space museum operates an annex near Dulles Airport in Virginia, the Steven F. Udvar-Hazy Center, which opened in 2003.

Posted in Monuments, Memorials and Museums