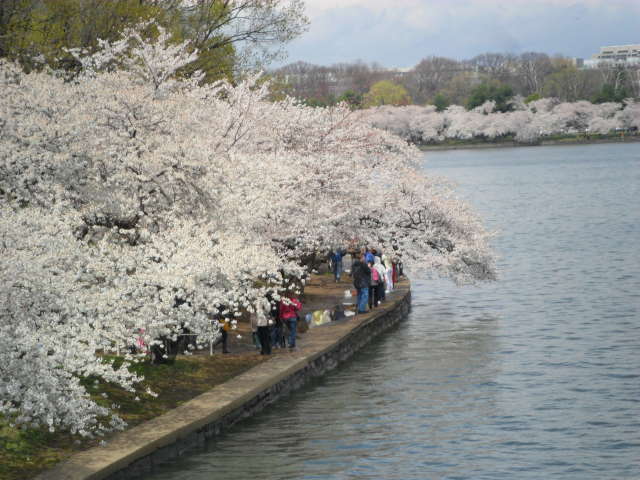 The Jefferson Memorial is open 365 days a year, 24 hours a day.  It is always free to the public.  It is always handicapped accessible.  During working hours, the National Park Service operates an information kiosk in the interior where wheelchairs can be requested for free.  There is handicapped parking.  There is also a kiosk selling food and drinks in front of the monument.

The nearest Metro station is Smithsonian Metro.  It is about a one mile walk away.  There is handicapped parking nearby.  There are three free, open-air parking lots operated by the National Park Service a short walk away.  A Capitol Bikeshare stand is also nearby.  If you wish to include a Jefferson Memorial tour as part of a monument tour, your best bet is to take a pedicab.  You get 360 degree views for the entire tour, and you can stop at every monument in approximately two hours.

The dome-shaped Jefferson Memorial is an iconic American structure. While its shape is an obvious nod to the Pantheon of Rome, it also mirrors the University of Virginia rotunda, a structure designed by Jefferson himself. The memorial is located in West Potomac Park on the shore of the Potomac River Tidal Basin, at the southern end of the National Mall. The interior of the memorial contains a 19-foot statue of Thomas Jefferson, and excerpts from the Declaration of Independence, which he authored, can be found on the southwest interior wall. The memorial is noted for its circular marble steps, portico, a circular colonnade of Ionic order columns and a shallow dome. The National Park Service estimates that more than two million people visit the Jefferson Memorial each year.

Nothing signifies the arrival of spring in the District quite like the blooming of the cherry blossoms, an event that has spawned a three-week festival celebrating the occasion. More than 1.5 million visitors descend upon Washington, DC each year to admire the 3,000-plus trees. The festival, full of events that honor both the American and Japanese cultures, represents a close bond forged between the United States and Japan that began with Tokyo Mayor Yukio Ozaki’s gift of the trees back in 1912.

Cherry Trees on the Tidal Basin